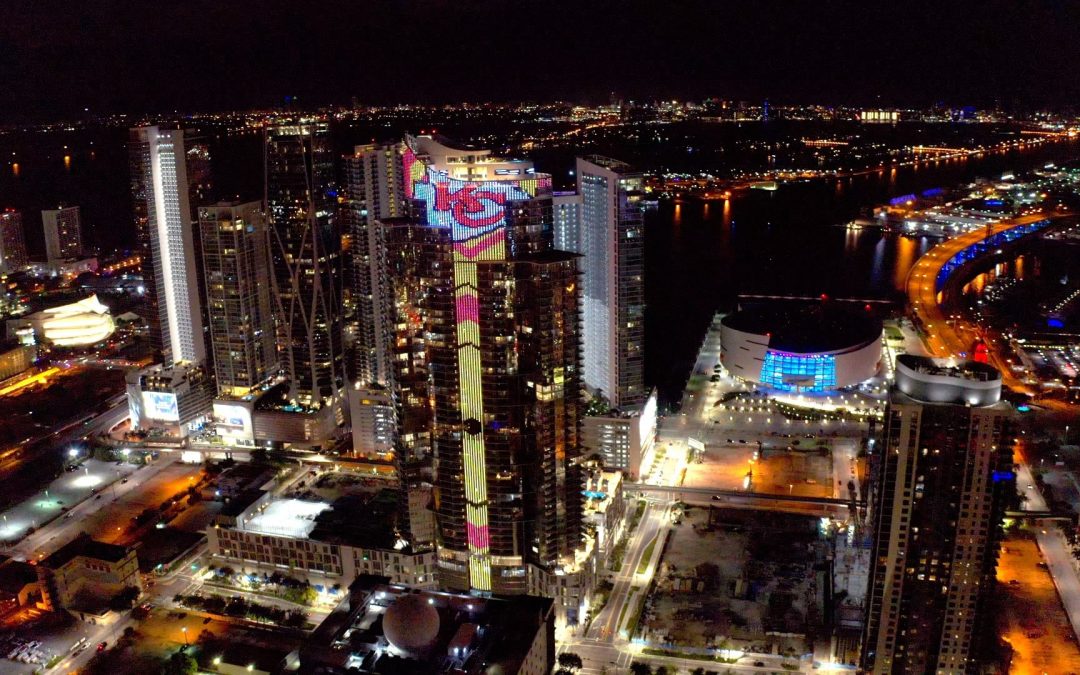 In a ceremony last Wednesday, Mayor Francis Suarez and Paramount Developer Daniel Kodsi flipped a switch, activating an animation that displayed the logos and colors of the the Kansas City Chiefs and the San Francisco 49ers, who were competing in the big game.

Following the Chiefs win on Sunday night, an animation was shown through the night saluting the team.

Paramount is the seventh tallest building in Miami, but has arguably the best lighting system of any tower in the area.

A $3 million Color Kinetics Animation Lighting System took three years to plan and design, and another ten months to install it, with 12 technicians working on the project.

The system includes 14,300 LEDs that run the length of the 700-foot, 60-story tower. Gavin Cooper, CEO of LED-Smith, Inc. of Delray Beach designed the system.

Paramount says 90 percent of 543 homes and 26 penthouses have been sold, and 10 percent are already occupied (units need to be finished before they can be occupied).

The LED system comes to about 5% of the total value of the tower. Paramount is said to be valued at $600 million 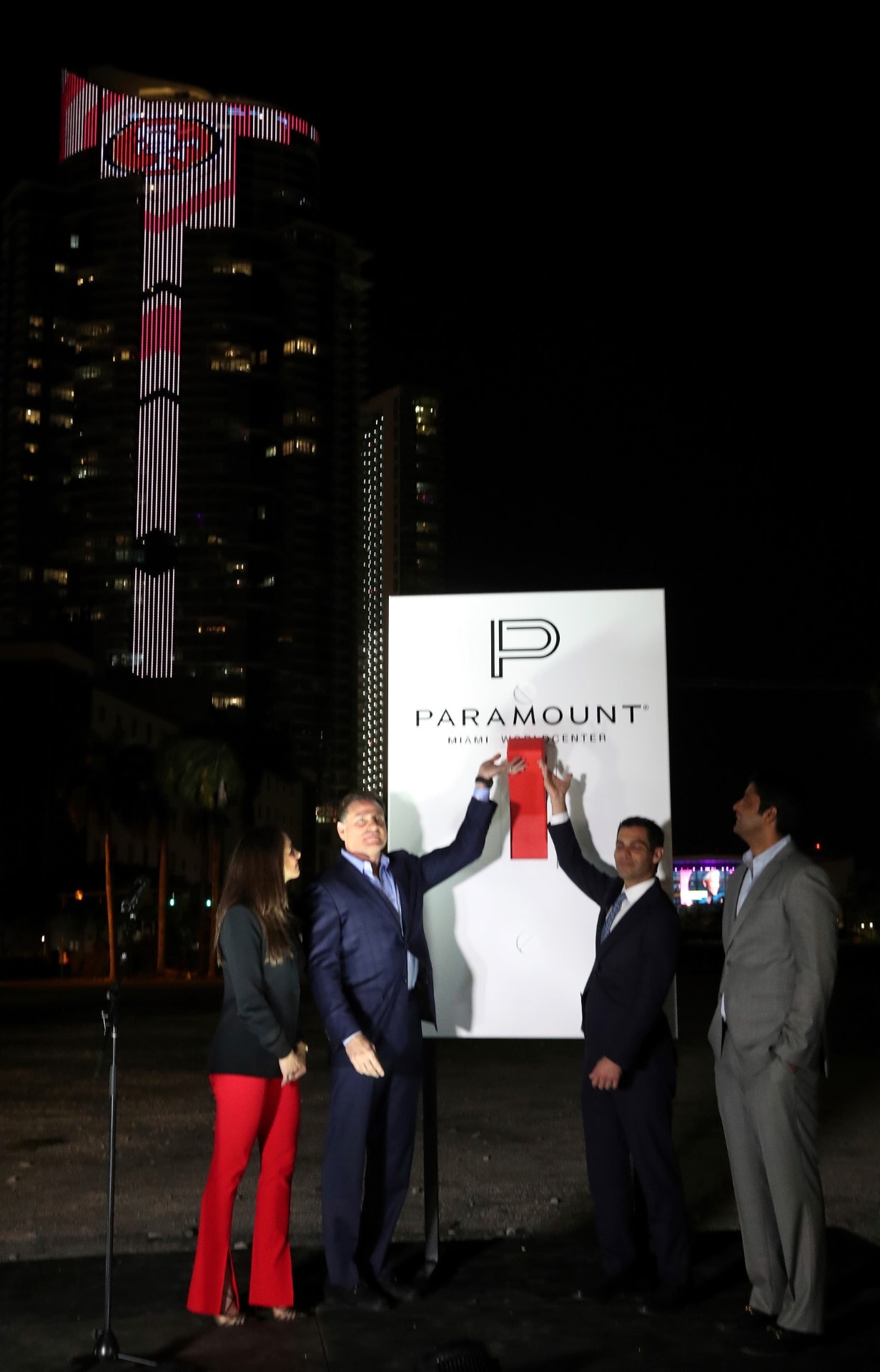