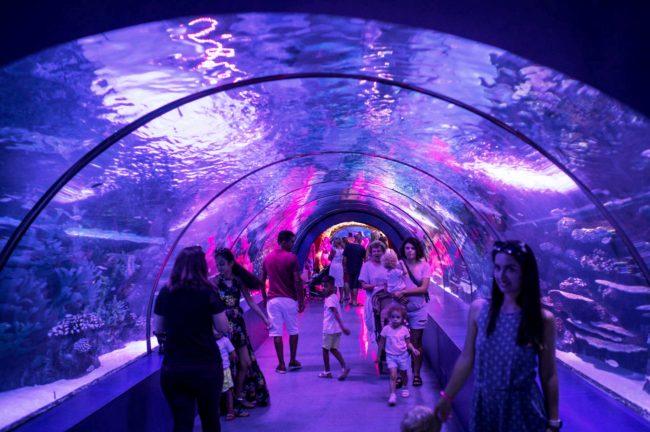 Despite opposition from animal advocates, the Galleria Mall in Fort Lauderdale will cast a bigger net for shoppers by replacing a former women’s apparel store with an aquarium.

A 23,000-square-foot aquarium may open as soon as July on the site of a former Lord & Taylor store on the east side of the mall.

Construction could start by the end of this month, according to Vince Covino, chief executive officer of Seaquest, which will operate the aquarium

Seaquest has aquariums in five states – Texas, Utah, Nevada, Colorado and California – and has two under construction in Connecticut and Minnesota.

City staff issued a permit for the Seaquest aquarium at the Galleria on Tuesday, and later the same day, protesters gathered at City Hall to criticize the aquarium project during a public meeting of the city commissioners.

Mayor Dean Trantalis said aquarium operations are within the regulatory control of the U.S. Department of Agriculture (USDA), not the city of Fort Lauderdale.

A spokesman for Congressman Ted Deutch, D-Boca Raton, told the Sun-Sentinel the USDA never responded to his request in August for an investigation of animal deaths at SeaQuest aquariums. [Sun-Sentinel] – Mike Seemuth