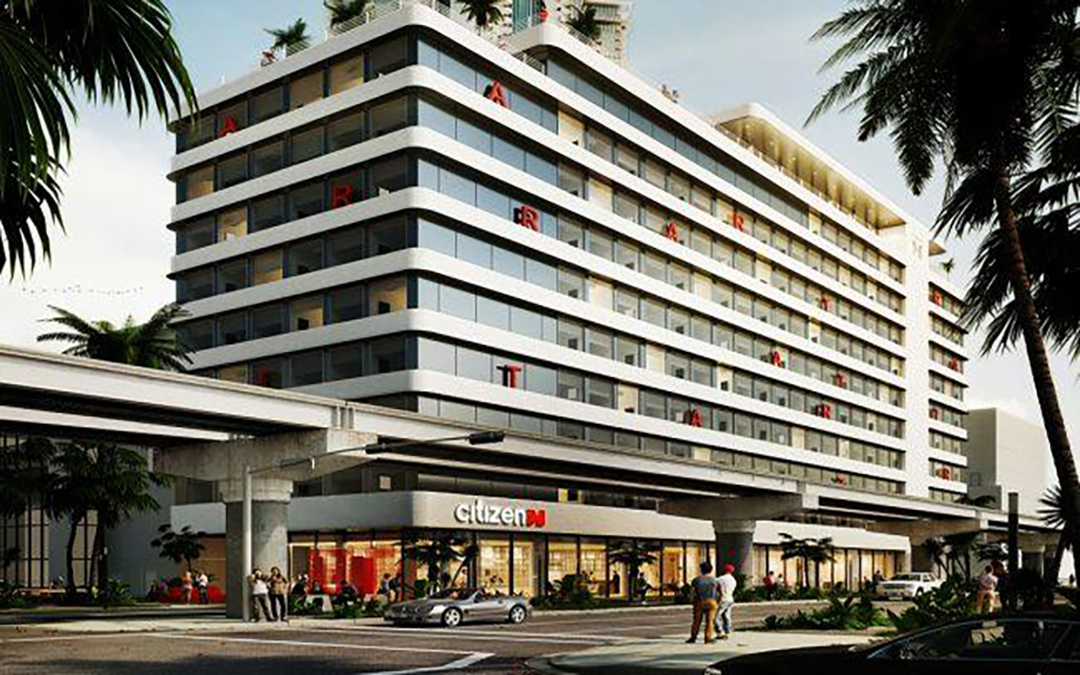 The Dutch hotel chain will buy the land, along Northeast Second Avenue between Seventh and Eighth streets in downtown Miami, from Miami Worldcenter Associates, a spokesperson said. CitizenM will build a 12-story, 348-key hotel on the site and be part of the master-planned, mixed-use development.

The 128,000-square-foot hotel will include a sun deck with a swimming pool and rooftop bar on the 10th floor, a fitness center on the 11th floor, 1,850 square feet of creative space and meeting rooms, and a cloudM rooftop bar. Gensler Architects is designing the project.

CitizenM also plans to open locations in Miami Beach, at 1212 Lincoln Road, and in Brickell on the site of Perricone’s Marketplace & Café at 15 Southeast 10th Street and 955 South Miami Avenue.

Property records show Miami Worldcenter’s Miami A/I LLC owns the 61,000-square-foot lot where CitizenM would build its hotel. The developer’s spokesperson declined to provide a sales price or development timeline for the hotel.

Overall, the $2 billion, 27-acre project includes Paramount Miami Worldcenter, a 562-unit luxury condo tower, along with about 450,000 square feet of high street retail, an 1,100-space parking garage and an apartment tower. A 1,700-room convention center hotel and an office tower are also slated to break ground this year. Paramount, which is being co-developed by Dan Kodsi, recently topped off.

The developers recently sold a property near Miami Worldcenter to Chiron Investments, a Los Angeles-based family office, for $16.5 million.