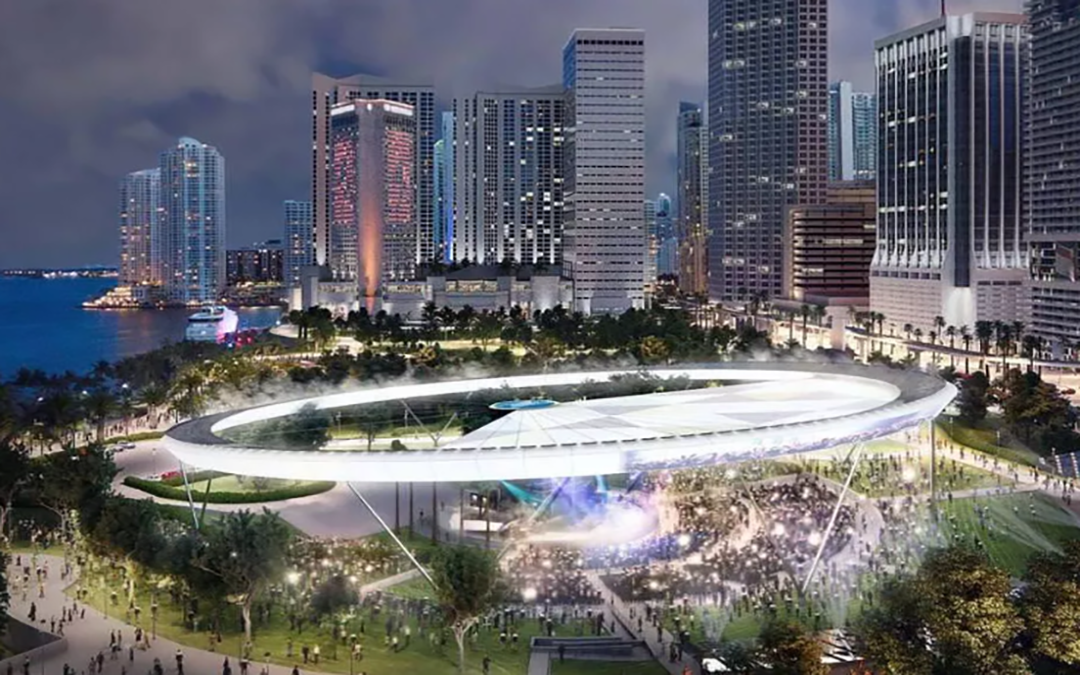 Miami city commissioners have backed a move to construct a retractable, ring-like roof covered in solar panels atop the Klipsch Amphitheater at Bayfront Park. The officials waived the city’s competitive bidding requirements to fast-track the project—which they hope will be completed in 18 months and in time for Miami’s February 2020 date to host the Superbowl.

Private entity Florida Power & Light plan to pay for the addition while Bayfront Park Management Trust would be on the hook for maintenance and operation costs. Revenue from power collected by the array will go directly to FPL, who will pay the city just $10 each year in license fees.

FPL also plans to build a large solar canopy next to the Amphitheater and a number of “solar trees” nearby. Combined, the installations will contain nearly 1,700 individual solar panels generating roughly 500 kilowatts of electrical energy.

The retractable roof aims to make a bold architectural statement as well as allow the 10,000-person capacity concert venue to operate during rain showers. Mayor Francis Suarez described the solar ring as an “iconic structure for the city” at Thursday’s public meeting, reported the Miami Herald.