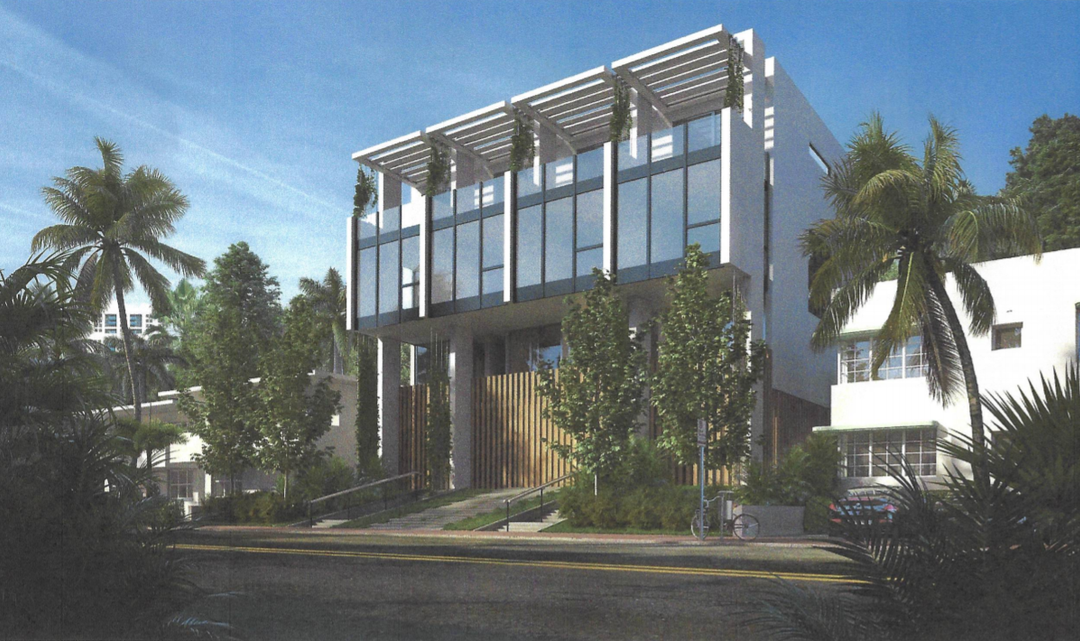 The project, located at the center of a residential neighborhood, stands in stark contrast to the two-story Art Deco buildings adjacent to the site. But it is contextually appropriate with the scale and modernist design of other recent projects nearby, according to the application.

The plans entail demolishing the existing 2-story building and its seven units built in 1925. Miami Immobiliare Corp., registered under Danilovic, purchased the 3,581-square-foot building for $1.49 million in 2016.

Plans initially were filed in February 2020. The owners will now have to apply for building permits.

Francois Frossard has designed several high-end nightclubs, including Story; hotels in Cancun and Jamaica; and restaurants including Villa Azur and the now-closed Forge.

Francois Frossard Design and Danilovic did not respond to multiple interview requests.