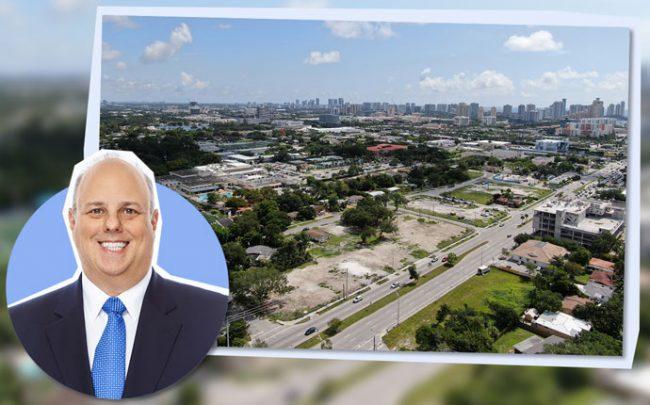 West Aventura Exchange LLC has assembled almost 8 acres in the Miami Gardens Drive corridor, along Northeast 186th Street and Northeast 187th Street between Northeast 23rd Court and Northeast 24th Place. The developer gained approval for a land use change for the last portion of its site from the Miami-Dade County Commission last week.

The group expects to present a site plan to the county by September, but is not asking for any variances, said Gustavo Lumer, of Sunny Isles Beach-based Lumer Real Estate, who heads the development group.

West Aventura Town Center could change the face of the area just a couple of blocks west of the city of Aventura, he said. The development group is entitled to build as many as 480 residential units, a 120-room hotel, a 75,000 square-foot office building and 85,000 square feet of retail. Two residential buildings are planned, one of which may be an assisted living facility or a building for residents age 55 and older.

The development site is located in the Ojus Area Urban District, where the county wants to encourage density and urbanization. Although nearby West Dixie Highway has experienced an explosion of development in the last several years, relatively little has been built so far on Northeast Miami Gardens Drive.

Yet a number of projects are in the works. A four-story, 37,000-square-foot office building is going up on the south side of the street, which is about 80% pre-leased, according to Pablo Camposano, the Colliers International South Florida agent handling leasing. Also, a 5,500-square-foot pet hotel and spa is under construction to the west of the West Aventura Town Center and should be finished in four months, Lumer said.

Having run out of developable land in Aventura, developers have been pushing west over the last several years. The county, which has been planning the urbanization of the area for years, gave a boost to new development when it recently approved a $19 million sewer project which will replace the existing septic tank system in place in the area. Though some parcels along the corridor have been zoned for higher density development, they cannot build such structures while they still depend on a septic system that cannot handle the extra load.

Lumer and his group hope to start construction of their mixed-use project in early 2020. The group paid $26 million for the land, assembled over four years, he said.