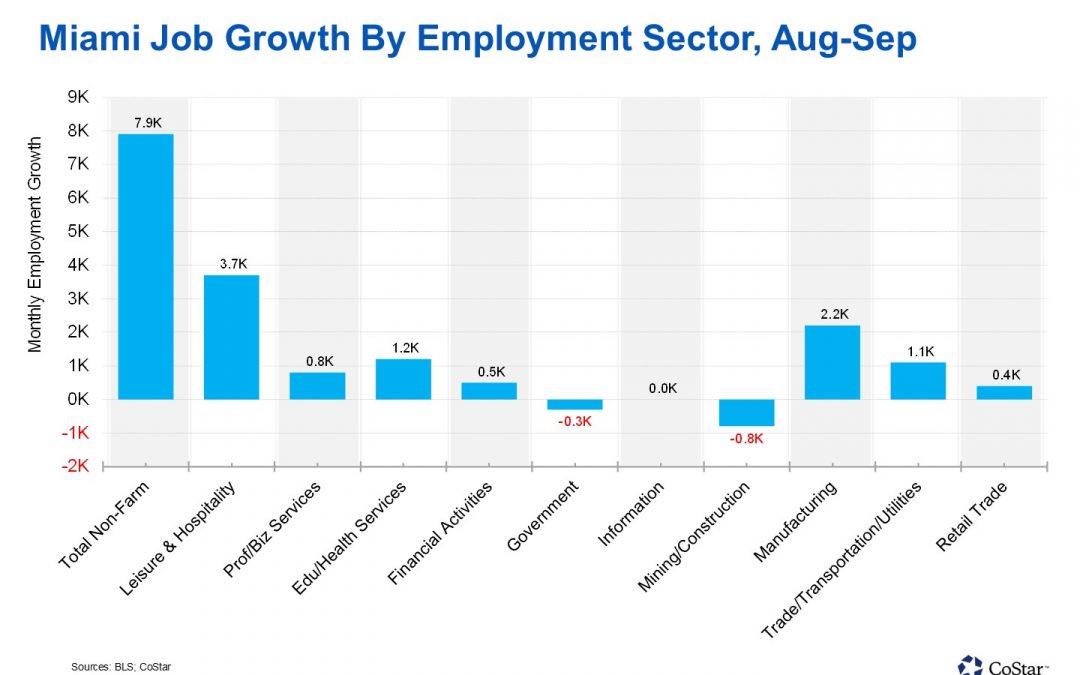 According to recently released data from the Bureau of Labor Statistics, the Miami area gained nearly 8,000 jobs in September. Following continued losses in August, the leisure and hospitality sector gained back 3,700 jobs in the month.

About half of Miami’s leisure and hospitality jobs were lost in March and April. The sector has now added back more than 33,000 jobs since May, but remains down about 37,000 jobs since February, a total recovery of 48% of the 70,000 jobs lost in the early months of the pandemic.

The retail trade subsector continued to post slight gains in September, though it remains down 9,500 jobs from February as many stores remain open at limited capacity and shoppers continue to stay home. Retail jobs in the Miami retail market were hit particularly hard by mandated closures and would be among the most susceptible to another round of closures. The retail trade sector lost 22,400 jobs from February through April and has rebounded 58% since May.

Altogether, Miami remained down about 92,000 jobs as of September. This represents a recovery of about 44% of the 163,000 jobs which were lost in the early months of the pandemic.