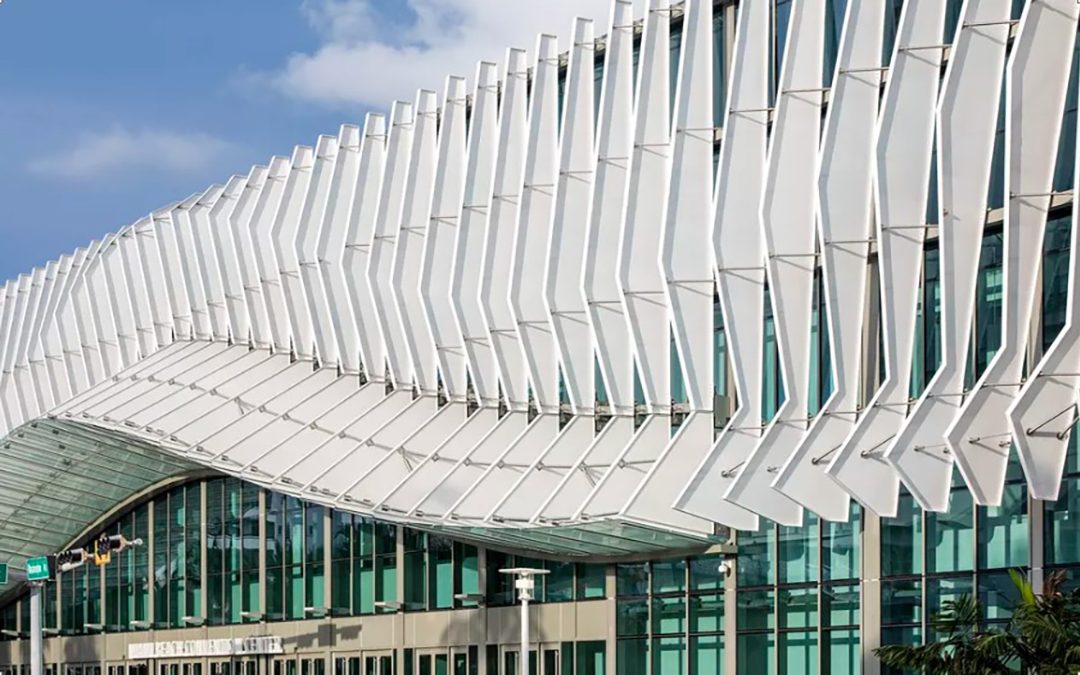 As work on the $620 million transformation of the Miami Beach Convention Center rounds the home stretch, the project’s design team of Fentress Architects, Arquitectonica, and West 8 have released new images of the building’s dramatic undulating exterior and bright interior lobby.

Made up of 500 aluminum “fins” arranged to mimic nearby ocean waves, the 1.4 million-square-foot MBCC redesign features a 500,000-square-foot exhibit hall, four ballrooms, and a combined 127,000 square feet of meeting space.

The structure’s more colorful interior spaces—such as its vortex-shaped multimedia screen and starry-night ceiling effects in the ballrooms—aren’t quite photo-ready yet. These eye-catching spaces, however, can be previewed in renderings.

The Miami Beach Convention Center has managed to stay operational during the overhaul and aims to have all work complete in time for this year’s Art Basel Miami Beach in December. The project could reach “substantial completion” by October, according to a report by The Next Miami.

With the exterior basically complete, work can begin on the project’s adjacent park. The site of the future green space was used as a staging area during the center’s nearly three-year-long construction period.