MIAMI TO BEGIN CURBLESS, PEDESTRIAN-FRIENDLY FLAGLER STREET REBUILD AFTER THE SUPER BOWL IN 2020 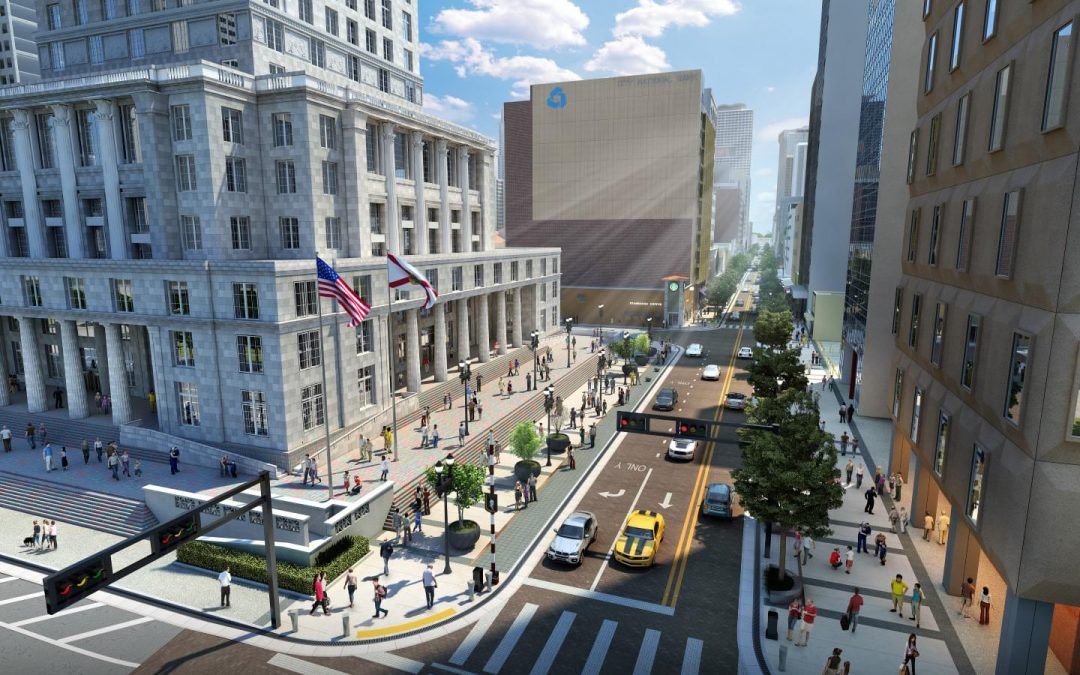 The City of Miami has scheduled a date to begin construction on a pedestrian friendly rebuild of Flagler Street.

Work will begin in Spring 2020 starting at at Biscayne Boulevard, and then moving westward to Southwest 1st Avenue.

“With a safer and more attractive environment and with wider sidewalks and more shade, the enhancements to Downtown Miami’s historic main street will bring increased vitality to our current retailers and restaurants,” said commissioner Ken Russell.

City commissioners approved the project in July, at a cost of $20.5 million to $22.5 million. A Special Assessment District was also approved for the area to pay for ongoing maintenance of improvements.

Existing merchants will be able to conduct business as usual through events this winter including the Super Bowl and Art Week, before construction begins. City officials say they are serious about allowing existing businesses to benefit from the holiday and Super Bowl events.

Pedestrians and cars will be at the same level in the new design, and bollards will allow for the complete closure of the street to automobile traffic. Some parking will be removed in favor of seating areas for restaurants.

The street will become a “festival-style boulevard,” taking back its spot as Miami’s downtown cultural destination, the city says.

Tourism in downtown Miami has nearly doubled since 2010 to 6 million visitors, according to the Downtown Development Authority. The population of residents and office workers has also been soaring.