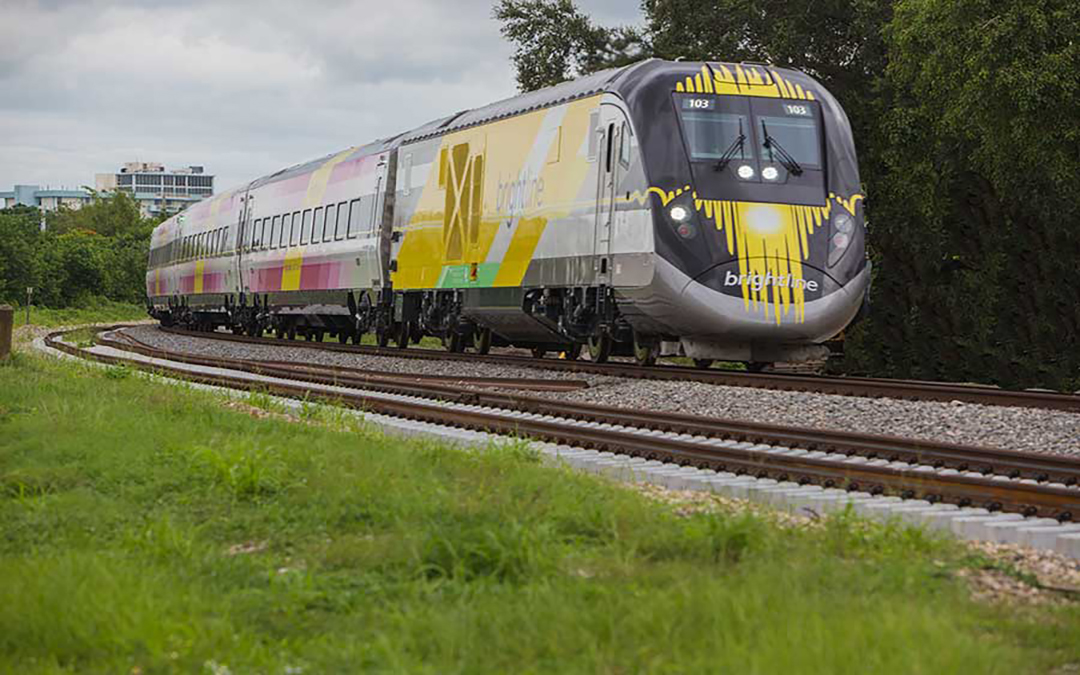 Downtown Miami development may have its share of competing interests, but when it comes to transportation solutions, one developer said he’s happy with the big moves his immediate neighbor is making in the area.
Early pieces of the 27-acre, $2 billion mixed-use Miami Worldcenter puzzle are nearing the finish line, complete with transit infrastructure improvements to accommodate the project – the largest construction site in Miami history and the second-largest in the nation – but helpful nearby supplements are welcome, according to managing principal and developer Nitin Motwani.
“Brightline, we’ve enjoyed a wonderful relationship with them, in their development with ours,” Mr. Motwani told Miami Today, referring to the the high-speed luxury passenger rail service whose service line, currently running between downtown Miami and West Palm Beach, is planned to extend to Orlando in less than five years.
“Part of our success has been through their success, and vice versa,” he said. “We’re very excited for their opening. They’ve exceeded expectations and will not only be a success themselves but also a great catalyst for the Tri-County area.”
The first residential tower in the massive Miami Worldcenter project, Caoba, is to debut this fall as the project’s first residential tower, a 43-story, 444-unit condominium at 698 NE First Ave. that will offer 20,000 square feet of retail and restaurant space.
Early this month, construction on the next piece, Paramount Worldcenter at 900 NE First Ave., reached its full 700-foot height. Paramount Ventures and Elkus Manfredi Architects broke ground on the building in late 2016. Workers hit the project’s halfway point in December.
Once finished, the 60-story construct will boast 562 high-end residential units, as well as amenities including an outdoor soccer field, indoor basketball court, boxing area, golf simulator, game room, rooftop observatory, 26 poolside cabanas and a 5,000-square-foot skyport meant to accommodate passenger drones or flying cars.
“We topped off Paramount and sold a piece of property last week, which we’re excited about,” Mr. Motwani said of the $16.5 million sale of a former warehouse-turned-nightclub structure in Overtown.
Worldcenter developers are also partnering with Miami-Dade to cut off possible transit issues at the pass. In June, county commissioners OK’d ZOM Florida Inc. and Miami A/I LLC to begin upgrading the Freedom Tower Metromover station, one of two stations adjacent to the project targeted for enhancements.
Under the agreement, Miami Worldcenter will pay an estimated $3.2 million to upgrade the station and is responsible for an annual $6,735 rent for 90 years unless Miami Worldcenter defaults on its obligations.
Among improvements, according to a memo from Miami-Dade Deputy Mayor Alina Hudak, are new elevators, stairs, turnstiles, lighting and landscaping.
Developers also intend to upgrade the Park West Center Metromover station, but plans and a proposal to commissioners remains forthcoming. Once a deal is reached, developers plan to replace all vertical transportation with covering for new elevators, escalators and stairs, as well as improve lighting and safety measures.
Park West Center will connect to Miami Worldcenter by escalator, according to Mike Cohen of the Boston-based firm, Elkus Manfredi.
Spring 2020 is targeted for the completion and debut of retail and parking components, with about 365,000 square feet of sales space projected