PHOTOS: SIGNAGE INSTALLED AT THE UNDERLINE CONSTRUCTION SITE IN BRICKELL 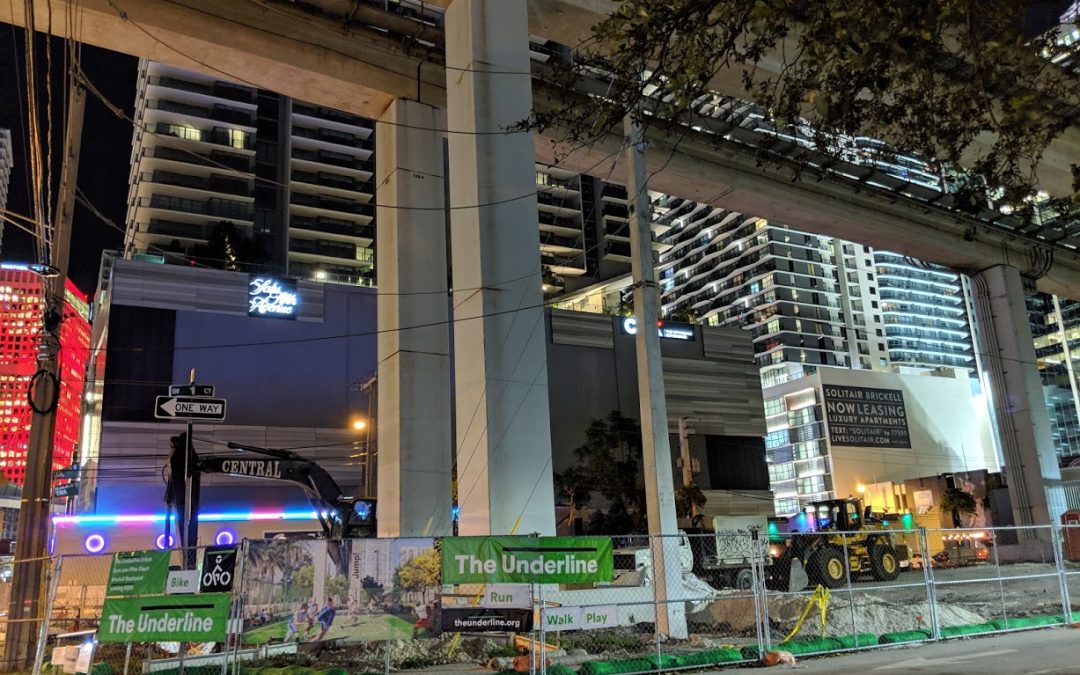 In Brickell, signage has been installed at the site where the Underline is being built, under the Metrorail.

The area under construction is being called Brickell Backyard.

One sign states that The Underline’s River Room at Brickell Backyard will be open in 2020. Backers have said that the it will have seating and views of downtown and the river.

Also coming in 2020 to Brickell Backyard is an urban gym and flex court, the signs state. 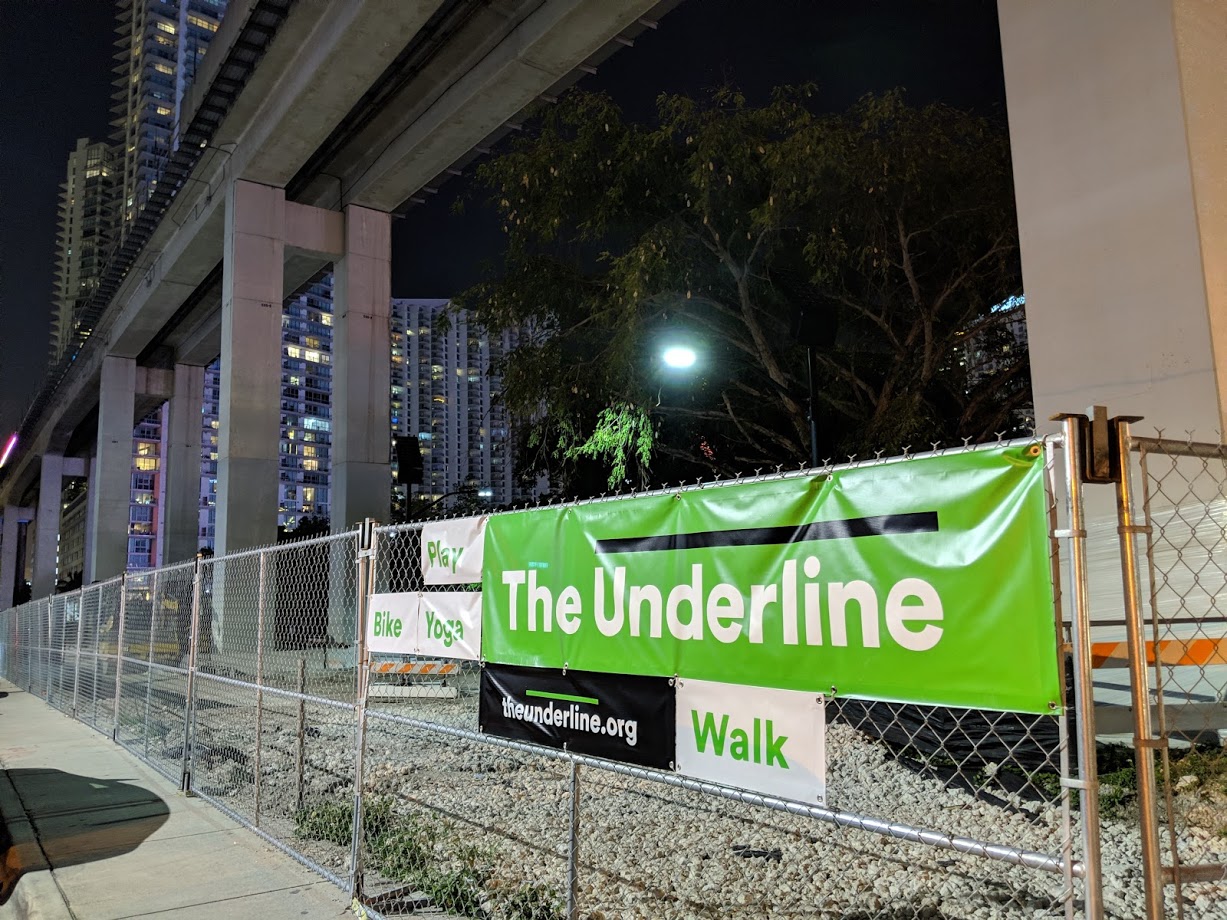 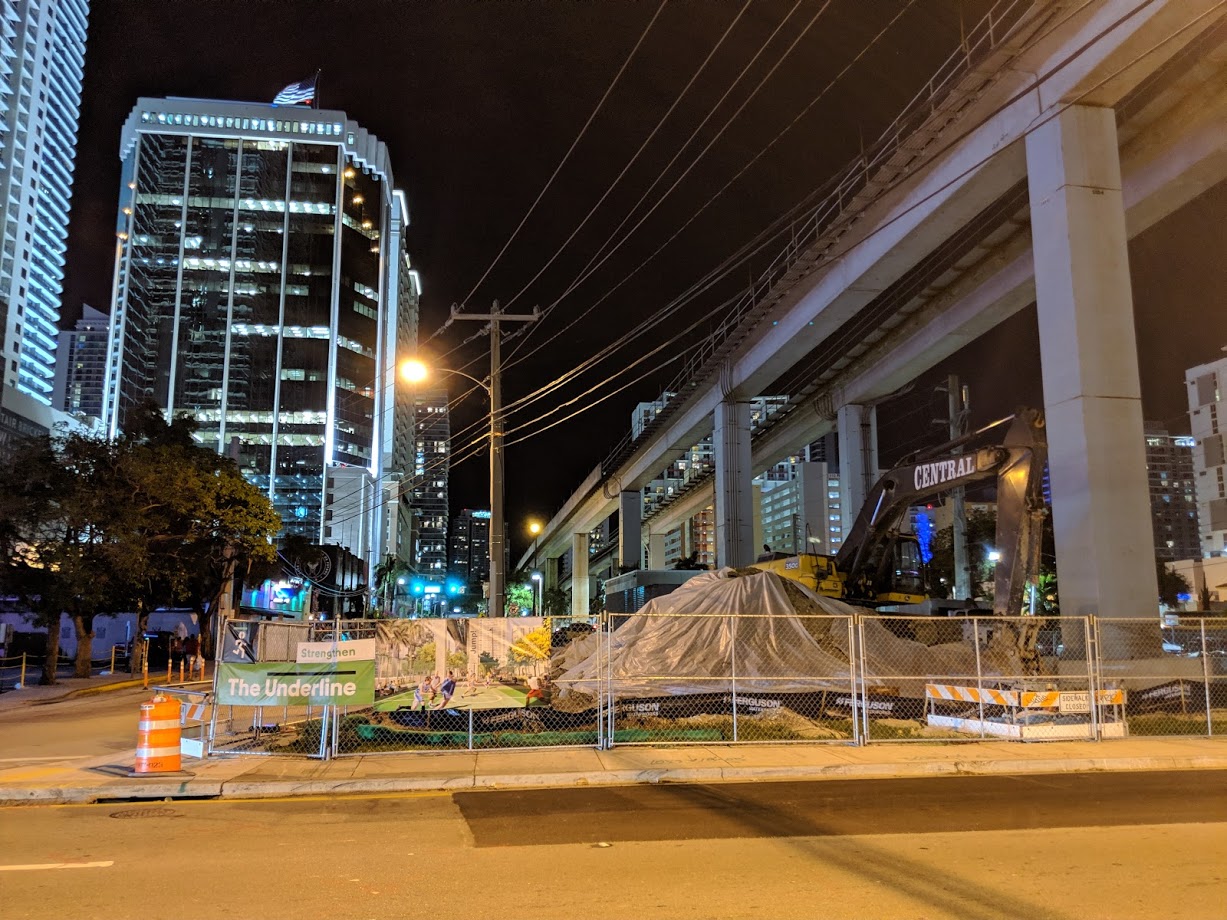 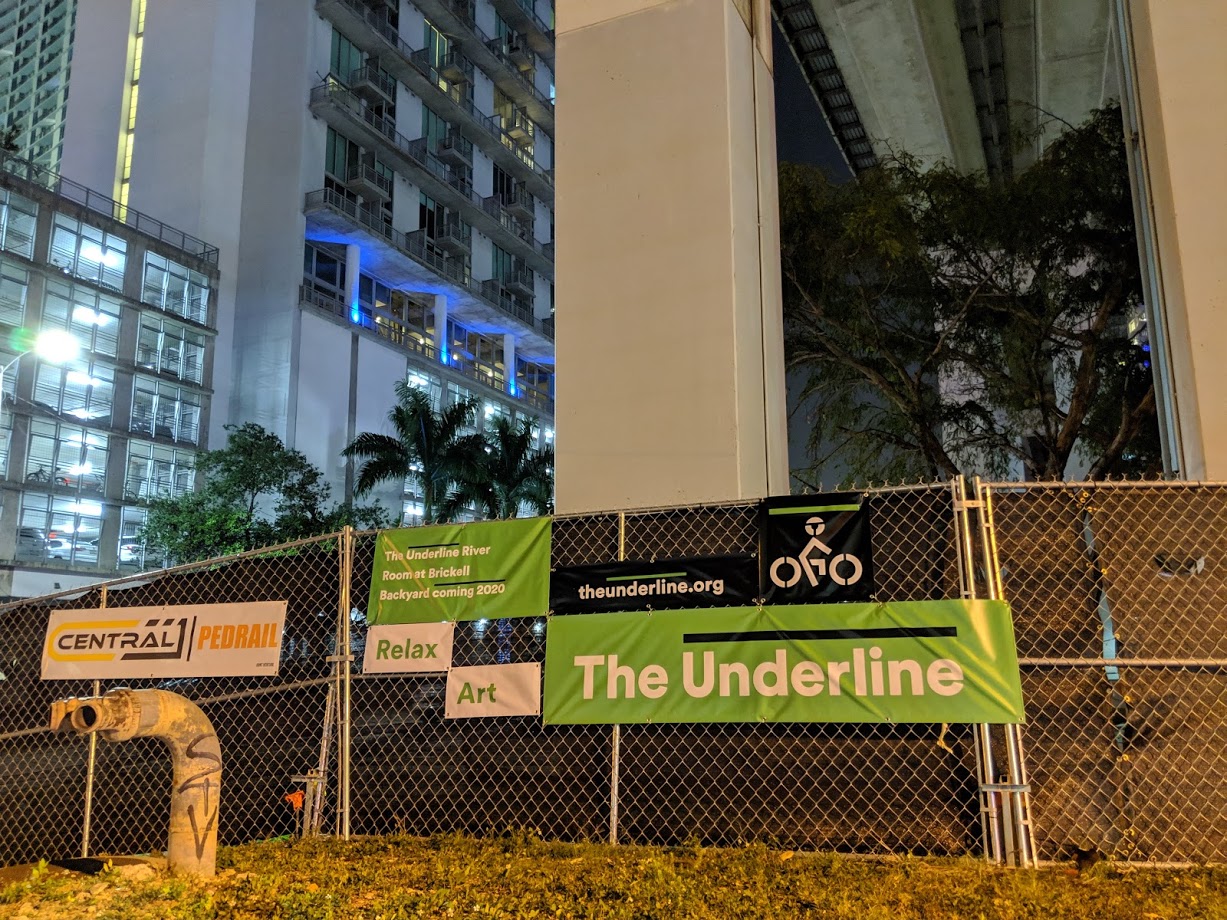