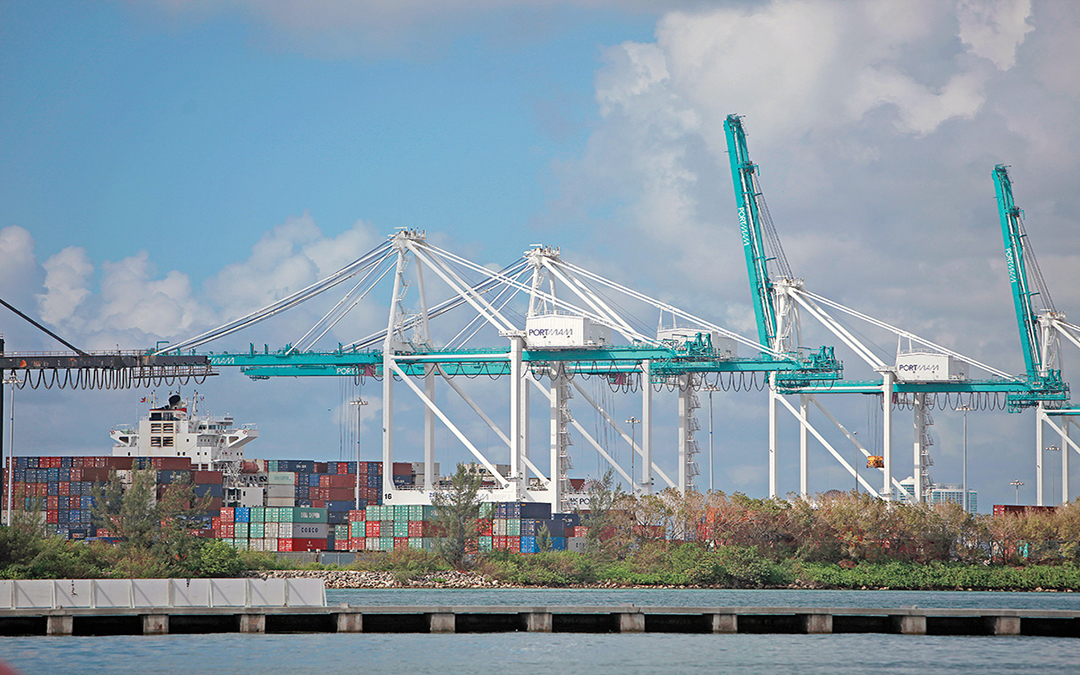 The $34.88 million cargo yard densification project by Odebrecht Construction Inc., the lowest bidding contractor, is to take 777 days and is expected to last 50 years thereafter, Mayor Carlos Giménez wrote in a Nov. 8 memo.

Upon completion, 20 acres previously part of the cargo yard will be “transferred back to the port for two new cruise terminal facilities,” titled cruise terminals AA and AAA in the memo.

An additional $64 million will be spent to further improve the cargo yard as part of an amended operating agreement – $42 million paid by the county and $22 million by Terminal Link.

Terminal Link is to pay for all design costs, 12 electric rubber tire gantries, construction of an administrative building and construction costs of the maintenance and repair facility exceeding the county’s contribution.

The project will be substantially complete in October 2020, Mr. Osterholt wrote. After that, Terminal Link’s land rent will be reduced “in accordance with per-acre rent amounts set forth in the original agreement, which will result in a reduction of the land rent received by the county [of about] $1,559,448 per year.”

Despite having less space with which to work – about 60.62 acres compared to 80.62 acres now – Terminal Link agreed to increase its minimum volume per acre by 1,000 20-foot equivalent units (TEUs) for an anticipated yearly fiscal impact of $250,750.

The agreement also committed both Terminal Link and Miami-Dade to work together to construct a fully functional rubber tire gantry system, which would make the terminal area denser and increase its capacity, within two years of its execution.

Almost precisely eight years later, commissioners adopted an amendment to the original agreement that expanded the lease area to about 80.62 acres and further increased guaranteed cargo volumes and revenues.