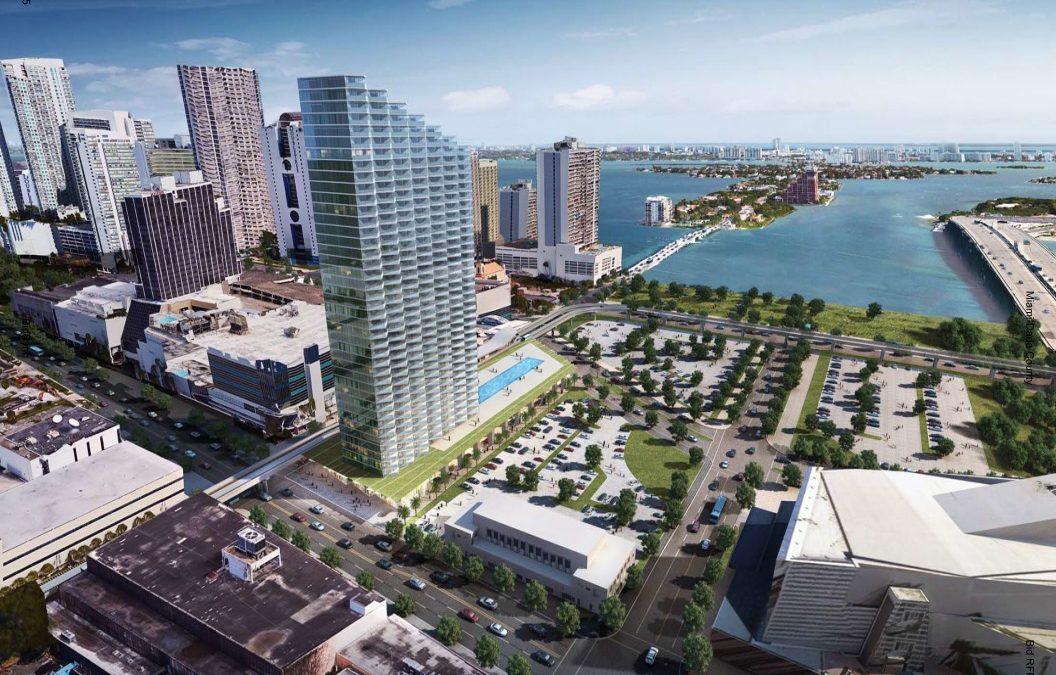 An unsolicited proposal has been submitted by Malaysia’s Genting to Miami-Dade County for construction of a train system across Biscayne Bay, according to the Herald.

The line would be built from the mainland in Miami to Miami Beach, similar to previous proposals known as Baylink.

Genting owns the Resorts World Miami site, including the former Herald property and the Omni. The Herald site has both Biscayne Bay and MacArthur Causeway frontage.

The county is keeping the proposal under wraps for now, saying it is exempt from public records disclosure laws. Multiple sources confirmed the proposal to the Herald, however.

Genting already won county approval in 2017 to rebuild the Omni Metromover and bus terminal next to the Resorts World Miami site, including a new 580-foot tower with hotel, residential and retail. The company has been working on permitting for that project in recent months.