Ridesharing use accelerates 63% at airport 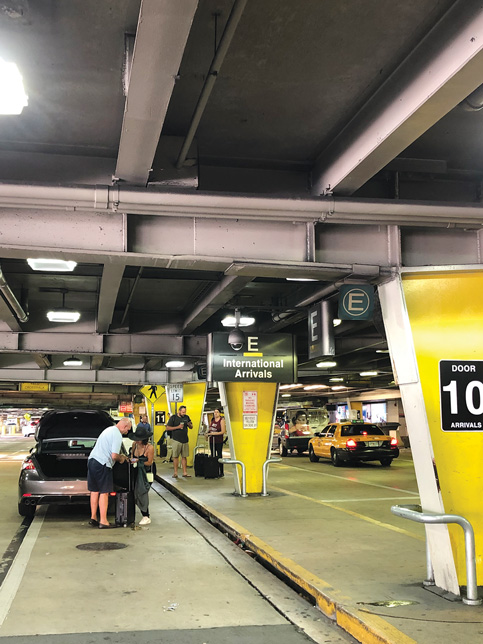 Commuters are relying more every year on Lyft and Uber to move around Miami. The companies aim to meet the demand and work alongside public transit with the same goal in mind – provide enough options to change commuters from drivers to passengers.

Neither Lyft nor Uber would give Miami Today year-to-year figures. Both secure their numbers for competitive reasons.

But judging from pickups from Miami International Airport, both companies are building demand very fast – a 63% combined gain there in two years.

The airport forces each service to pay $2 per pickup and tracks how many rides and how much revenue they earn per year from the services.

The burgeoning demand is incentivizing ridesharing companies to add drivers. “As demand grows we need to have the supply,” said Javier Correoso, Uber public affairs manager.

Several factors are helping ridesharing companies grow. Convenience is one element, says Gil Penalosa, founder and chair of the board for 8 80 Cities, a national non-profit that deals with urban mobility. “I would say Uber and Lyft are providing convenience, and sometimes public transit is not.”

Door-to-door service and the lack of shelter at bus stops play into Uber and Lyft’s hands.

Uber’s presence in Argentina, Brazil, Colombia and other Latin American countries leads to their continued success in Miami, where Latins congregate. Mr. Correoso says Uber’s presence and reputation in Latin America also make them an appealing option for commuters. “That is one way that Miami is unique. Our riders in Miami are not just composed of people who live here in South Florida. A lot of our users in Latin America when they are in Miami are also using our product. That is contributing to continued growth in our ridership in this region.”

Alice Bravo, director of Miami-Dade County’s Department of Transportation and Public Works, says commuters in Miami deserve multiple transit options. “People deserve to have as many transportation options available to them as possible and then they have the choice to choose either what is most convenient to them or what is economical for them.”

She declines to blame ridesharing services for the plunging numbers of Metrobus and Metrorail users.

“Uber and Lyft is a transportation option out there for some people to use,” Ms. Bravo said. “It has a certain cost associated with it. It might not be for everybody. What we want to do is focus on our system and enhance it and make it attractive and flexible for people to want to use it.”

Transit systems across the country have been losing ridership over the past few years. Ms. Bravo says it is due to multiple reasons: price of fuel, ability to buy a car, and more transportation options.

More transit options are coming online soon, and Ms. Bravo said she expects them to increase rider numbers. One plan to debut at the end of the summer will allow Metrobus and Metrorail users to pay their fare on an application on their mobile device.

Another project is to unite Broward County, Palm Beach County, Tri-Rail and Virgin Trains in  establishing a regional fare card system by December.

Her department is also working alongside Transit Alliance Miami in redesigning the transit network.

“The goal is to look at all of these bus routes that we have that have all kind of evolved over time and layout a new bus network that is going to attract more ridership,” Ms. Bravo said. “Something like that was done in Seattle and Houston. Those are pretty much the only cities where bus ridership has actually gone up.”

County Mayor Carlos Giménez, the county commission, City of Miami and City of Miami Beach are supporting the endeavor. The teams will vote in December or January on an implementation plan, Mr. Chougle said.

Public transit leaders agree that a strong commuter system is one where ridesharing services and public transit complement one another and are up to par in terms of convenience and ease of use. Lyft aims to work with transit providers, such as its latest endeavor as the official rideshare and scooter partner to Virgin Trains. The company says that it is also often helping riders reach Metrobus and Metrorail stops.

A Lyft spokesperson wrote by email that the ridesharing company increased public transit ridership by 5% in the past two years for the average transit agency.

“It is easier for people to eliminate their car if they know there is a combination,” Mr. Penalosa said. “The combination of options is going to be much better than having a private car.”