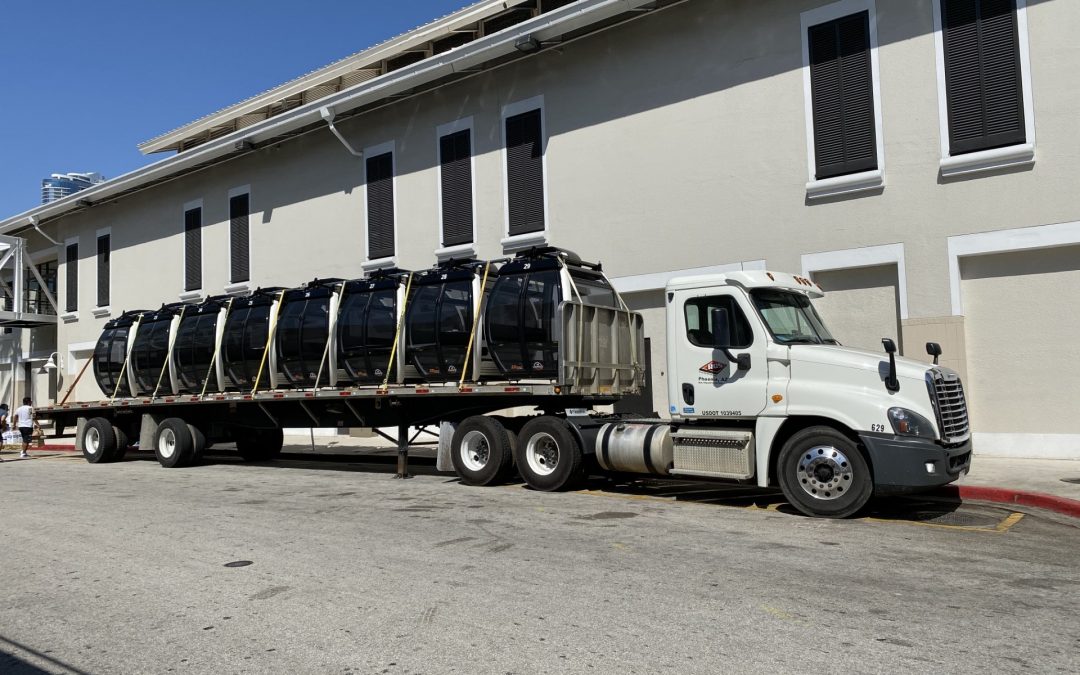 Downtown Miami’s Skyviews attraction is being touted as a “Ferris Wheel on Steroids” by promoters as it approaches completion.

The amusement ride is being built behind Bayside Marketplace and is set to open soon.

According to the Skyviews website, a grand opening is scheduled for March.

Last week, the first of 42 climate controlled gondolas began arriving at the site, with the wheel itself now in place.

The wheel rises 176 feet. By comparison, the Skyrise tower next door is planned at 1,049 feet. 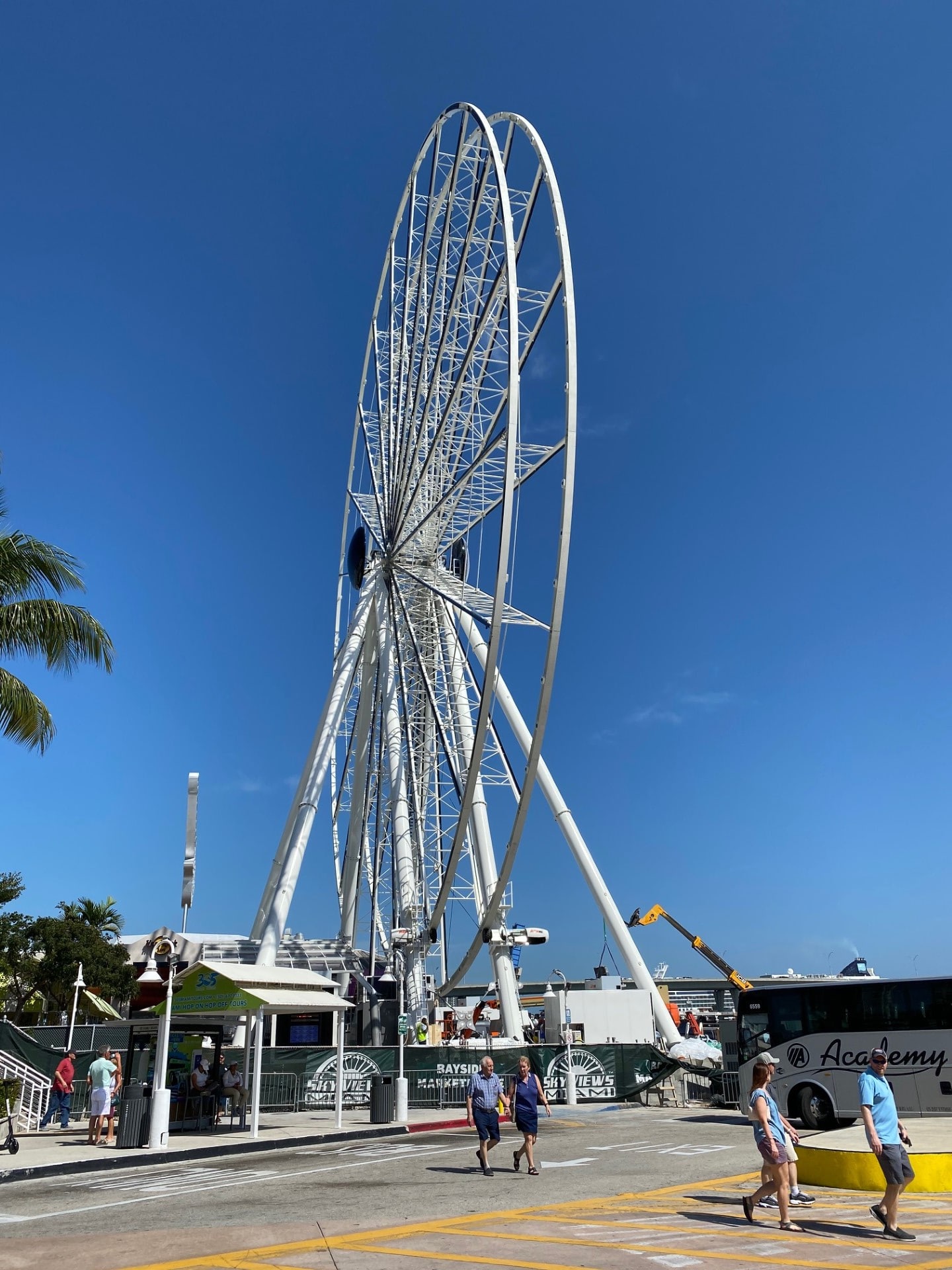 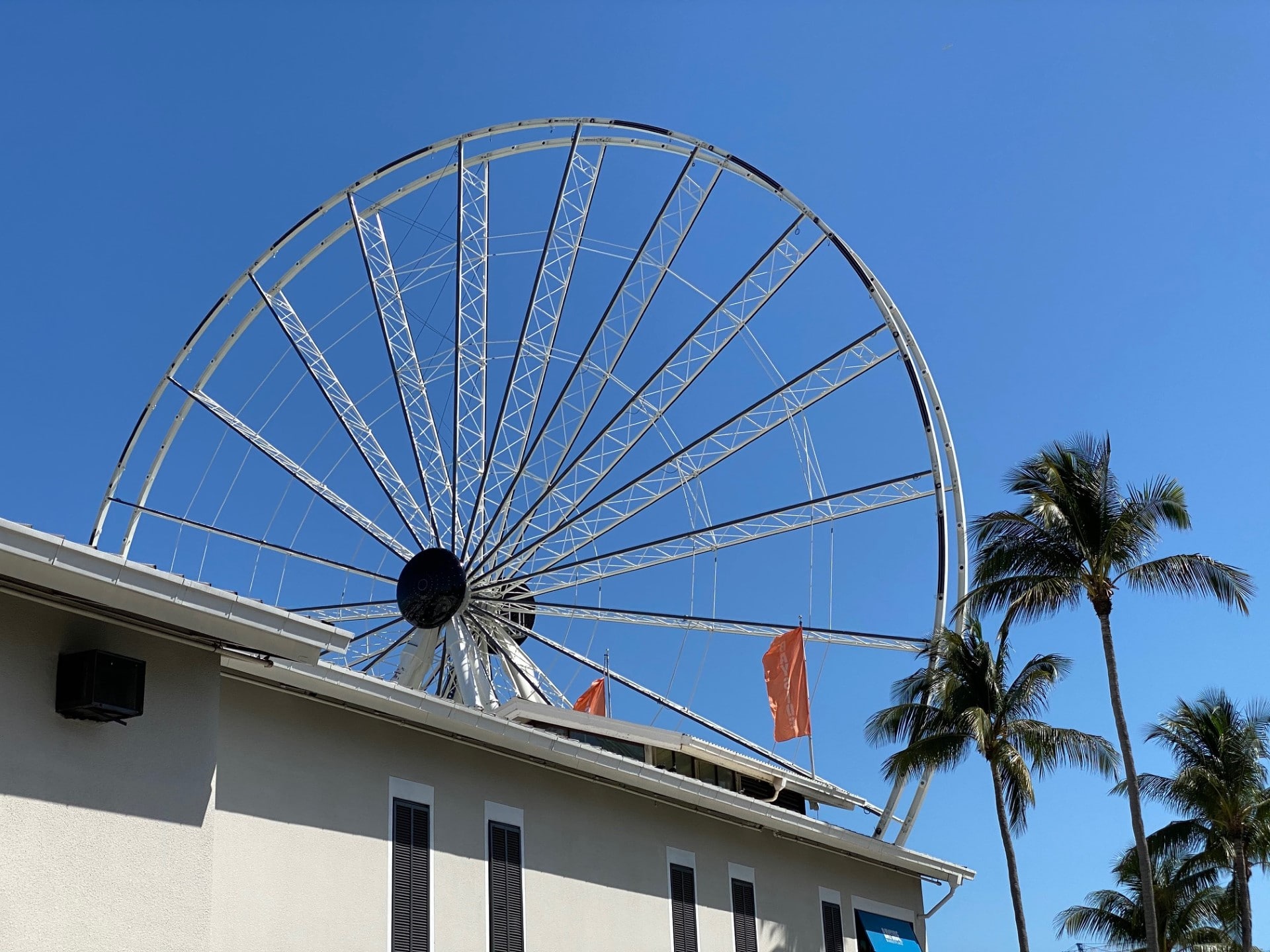 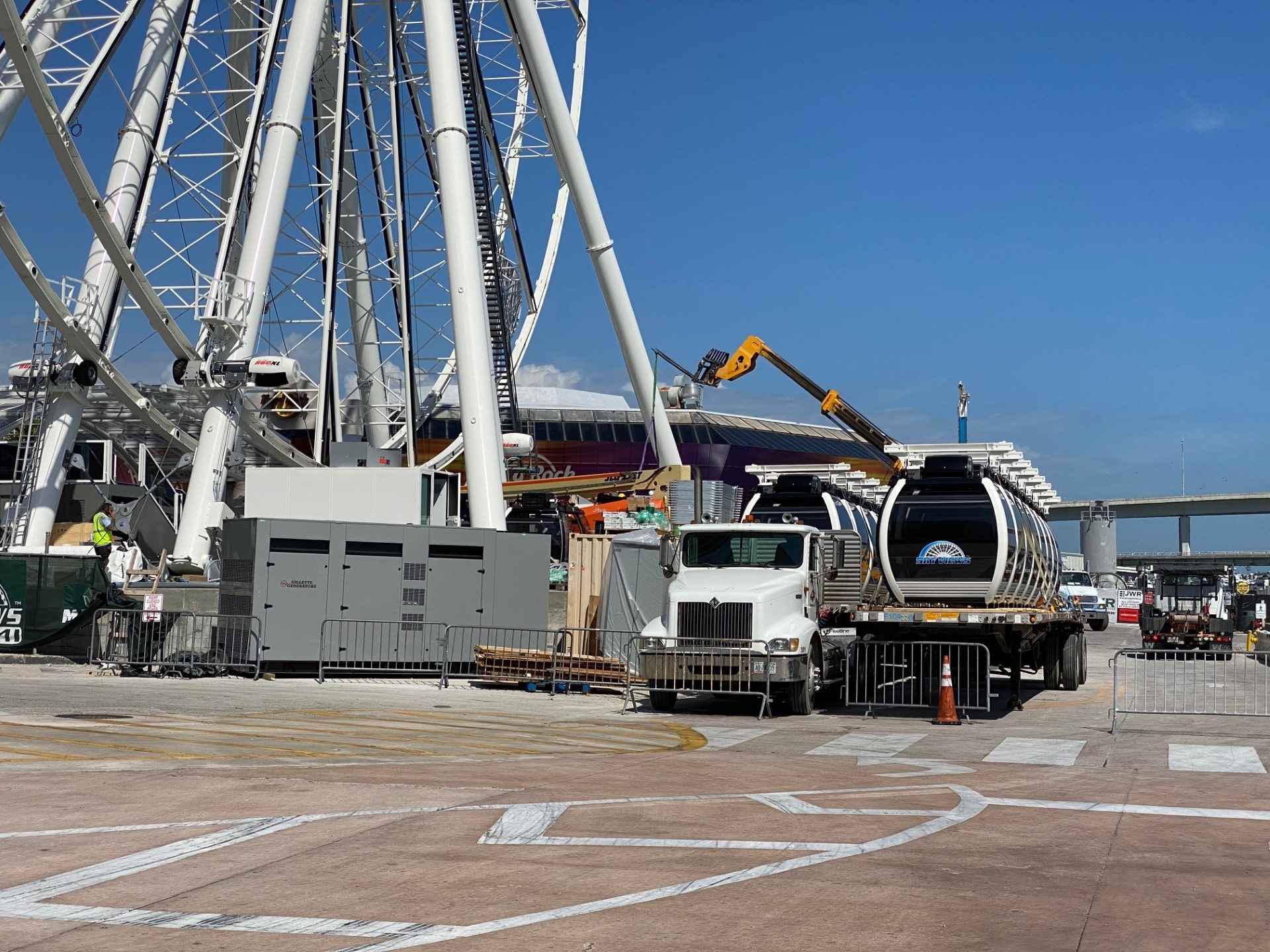 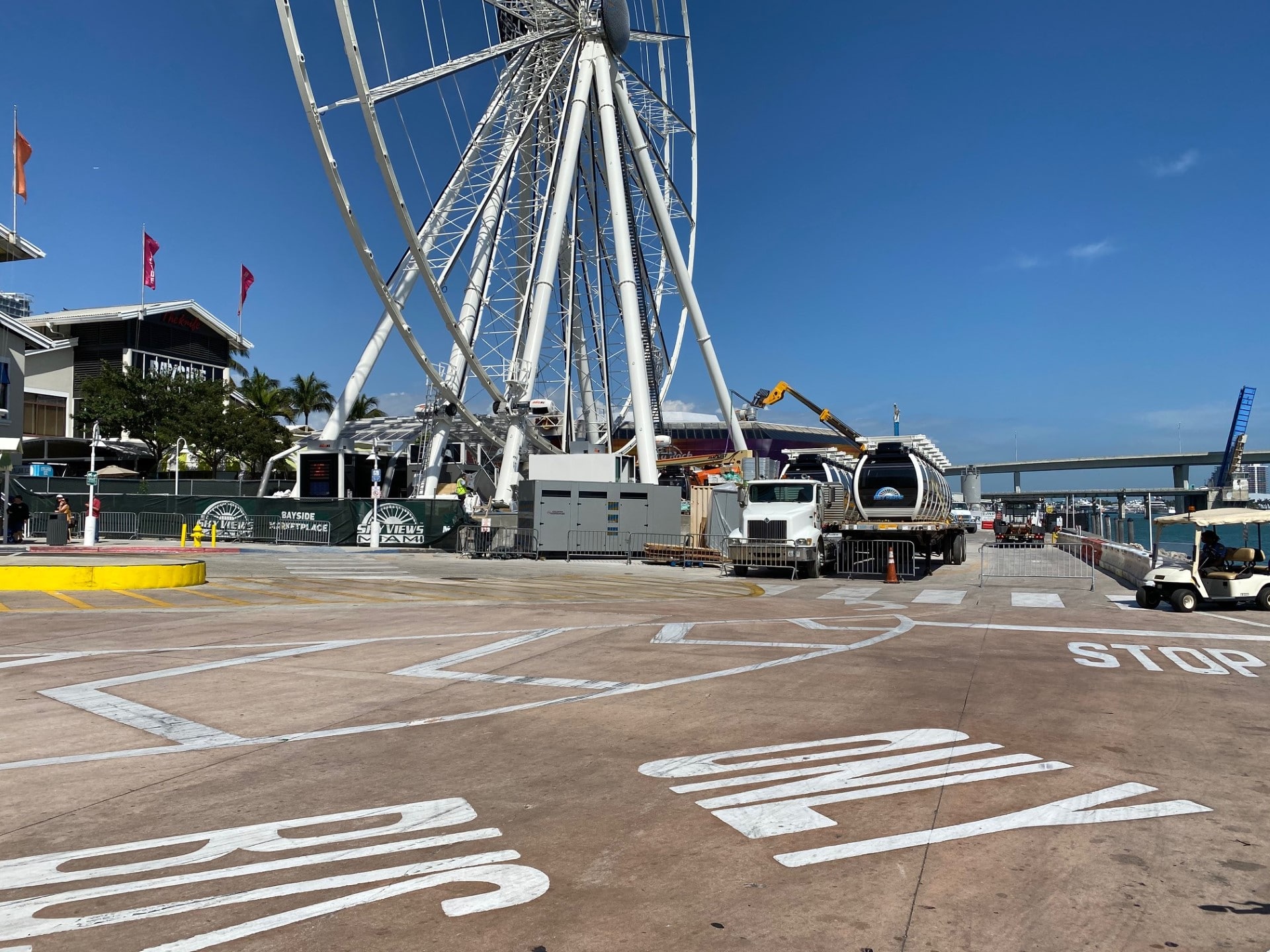 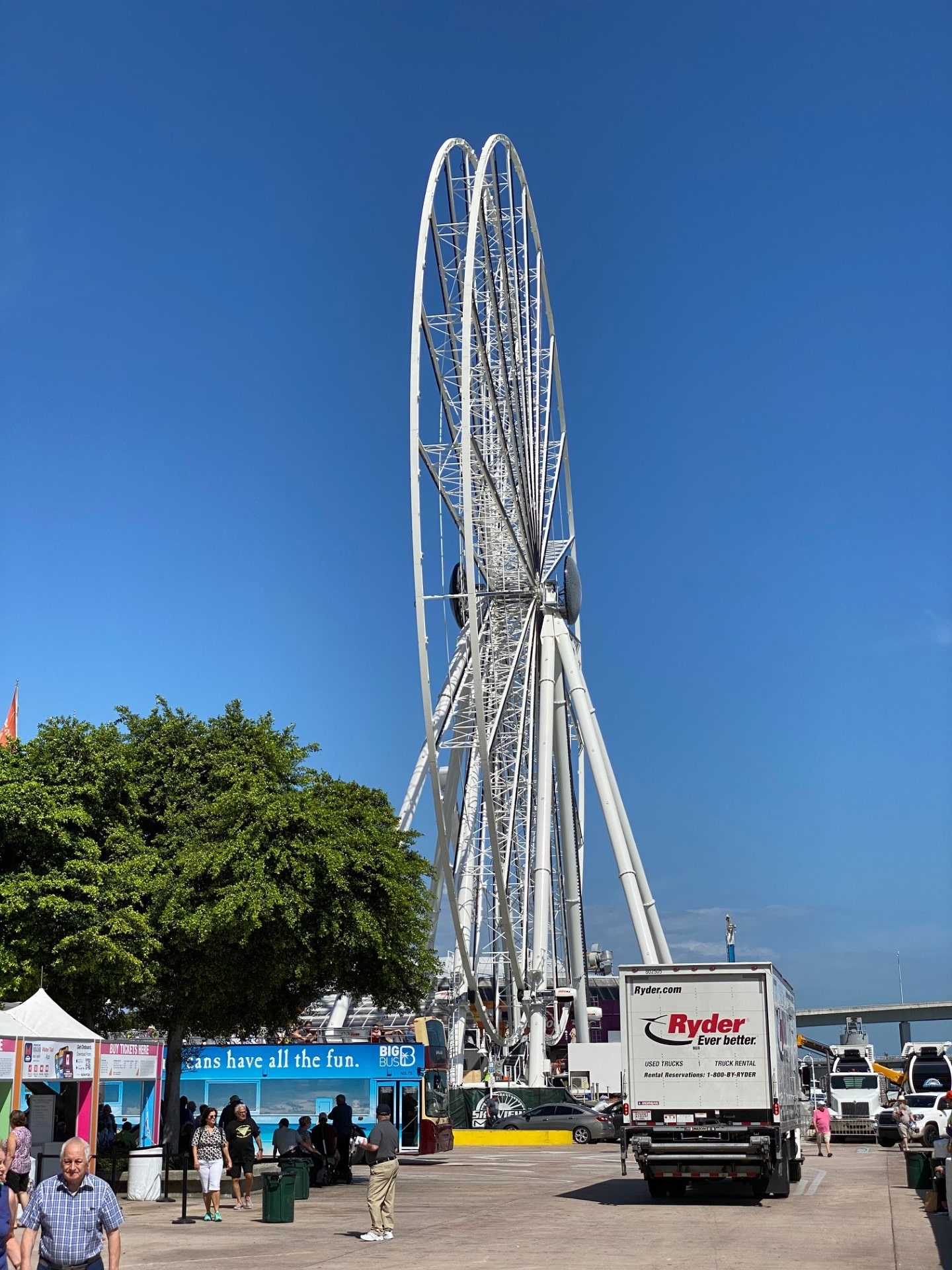