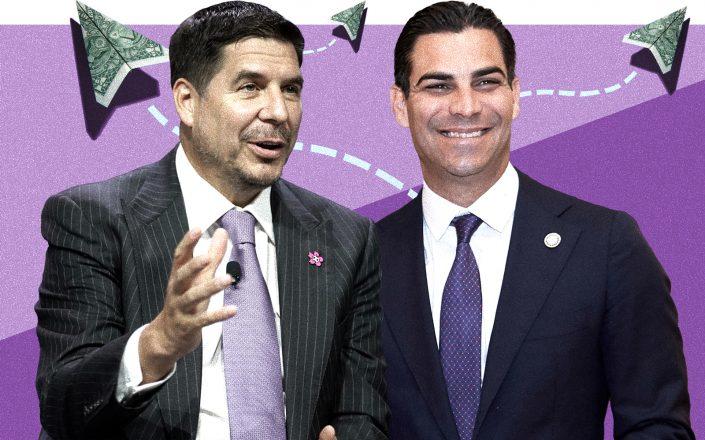 SoftBank Group COO Marcelo Claure is launching a $100 million initiative to fund Miami-based tech companies and those moving to the Magic City.

Claure, who is also CEO of SoftBank Group International and executive chairman of WeWork, made the announcement on Miami Mayor Francis Suarez’s Cafecito Talks series, streamed live Wednesday on Twitter.

Claure, a Miami Beach resident, said SoftBank will invest $100 million into venture capital-backed tech companies in Miami, and announced that it selected its first startups to invest in, including Doral-based Lumu Technologies, a cybersecurity firm. The investments will represent a re-allocation from existing SoftBank funds, according to a source familiar with the matter.

Suarez has been working to court tech and venture capital investors to Miami via social media, engaging with Elon Musk, PayPal investor Keith Rabois, Shutterstock founder Jon Oringer and others.

Claure and his family live on the waterfront in North Bay Road in Miami Beach. In August, Claure paid $11 million for a waterfront teardown in Miami Beach where he plans to build a new mansion.