TRI-RAIL STATION AT MIAMICENTRAL DELAYED UNTIL END OF 2020, BUT BRIGHTLINE STATIONS AT PORTMIAMI & AVENTURA COULD OPEN BEFORE THEN 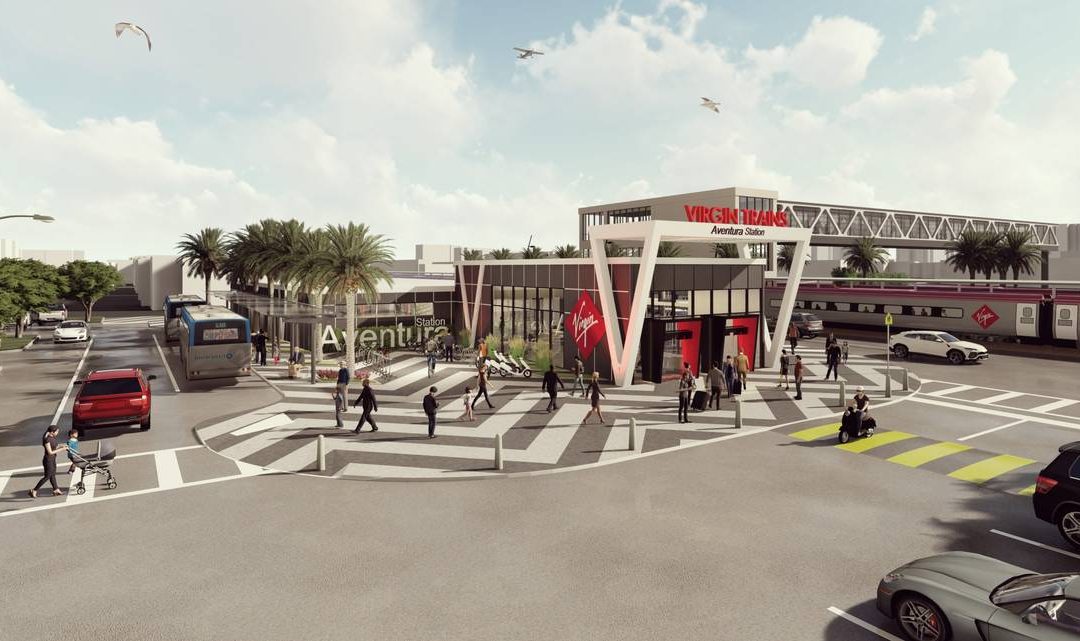 Virgin Trains (Brightline) has been given the green light in Aventura and is close to approval for another station at PortMiami. Tri-Rail has been delayed into PortMiami, however.

Last week, Miami-Dade commissioners voted to approve $76 million in  funding for a new Brightline station in Aventura, according to the Herald.

Opening of Brightline’s Aventura station is expected in October 2020, or around a year from now.

The ride from downtown Miami will take just 15 minutes, and fares will be 65 percent of what the company charges to ride to Fort Lauderdale. A pedestrian bridge will connect the station to Aventura Mall.

Another Brightline station is proposed at PortMiami. Dade commissioners are scheduled to vote on a Memorandum of Understanding for the new station at a meeting of the Miami-Dade Tourism and the Ports Committee today.

Tri-Rail to MiamiCentral has been delayed – again. Tri-Rail is awaiting an invitation from Brightline to begin service, and Miami-Dade’s transit director now says service won’t begin before the end of 2020.