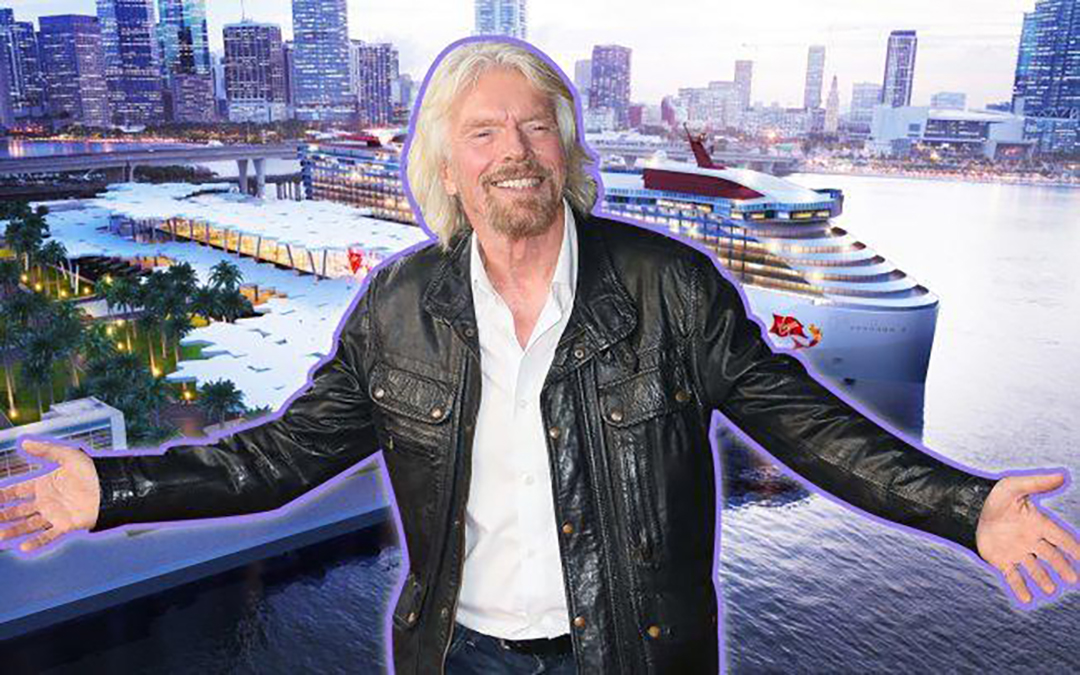 Virgin Voyages unveiled its proposal for a multimillion-dollar terminal at PortMiami.

Virgin Group founder Richard Branson on Wednesday announced plans for the new 100,000-square-foot cruise terminal located on the northwest side of the port. Construction would begin if and when the Miami-Dade County Commission approves the project, which would be completed by November 2021.

The $150 million, two-story storm-proof glass terminal is being designed by Arquitectonica, according to a release.

Virgin’s Scarlet Lady ship will continue to dock in Miami through 2021 and the second ship will sail from Miami for the fall and winter cruise season of 2021/2022. Virgin recently became a minority investor in Brightline, which is rebranding to become Virgin Trains USA. The private passenger-train operator also recently filed with the SEC to go public.

Virgin isn’t the only cruise line to invested hundreds of millions of dollars into a new terminal at PortMiami. Earlier this year, Royal Caribbean unveiled a new 170,000-square-foot, ship-shaped facility, which it funded with a $247 million loan from Sumitomo Mitsui Banking Corp. and infrastructure support from the county.

In March, Norwegian Cruise Line Holdings unveiled its new PortMiami design scheduled for completion in the fall of next year.