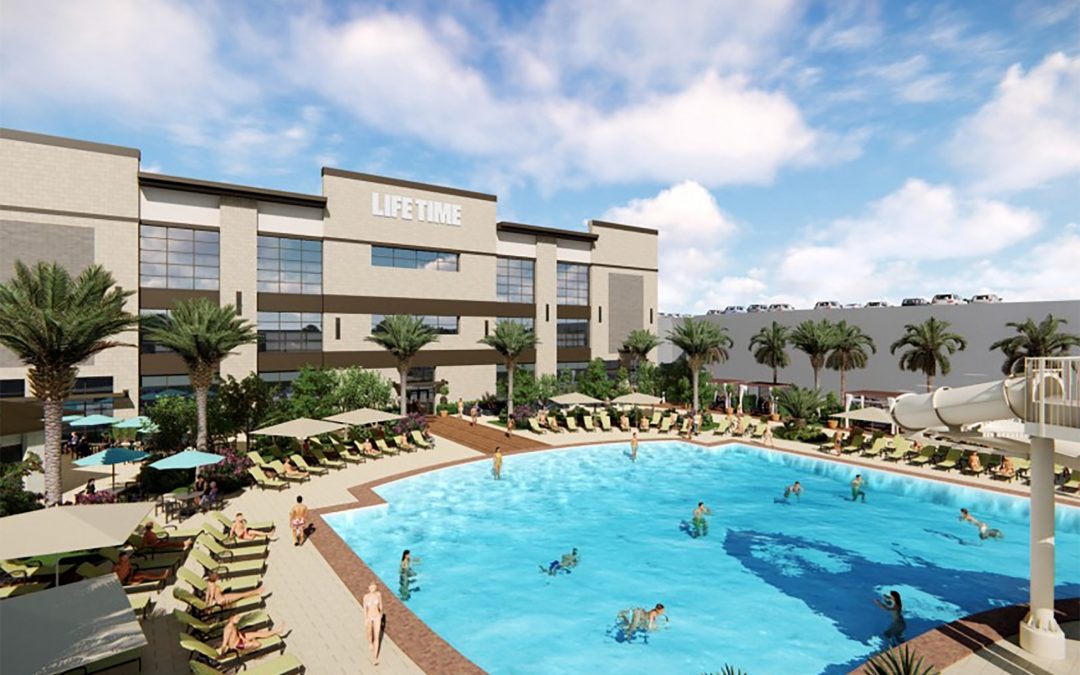 The Falls, a Miami mainstay and one of the country’s largest outdoor malls, is replacing Bloomingdale’s with an athletic resort and beach club, the latest example of landlords nationwide reinventing dated centers with less retail and more experiences.

Life Time is planning more than a few treadmills and weights found at the typical fitness center. The 140,000-square-foot building is expected to offer fitness and training areas, a spa, café, basketball courts, an indoor aquatic center and a 40,000-square-foot outdoor beach club with pools and a bistro.

Once Bloomingdale’s closes in March, Life Time plans to reconfigure the 225,000-square-foot space and expects to finish construction in 2022, said Dailen Rodriguez, general manager of The Falls.

“I think it’s absolutely a win,” she said in an interview.

Bloomingdale’s, owned by Cincinnati-based Macy’s, and other U.S. retail stalwarts are struggling to compete in an era of e-commerce and changing consumer habits. Macy’s latest closings include 28 stores across multiple states and Bloomingdale’s at The Falls.

Meanwhile, retail owners across the country increasingly target new tenants that offer customers something they can’t get online. Another South Florida shopping destination, Lincoln Road, a seaside, mile-long pedestrian corridor in Miami Beach, is getting an $80 million facelift that includes new tenants such as a sports store with custom-built bleachers for soccer watch parties.

Some malls have turned to furniture stores to replace anchor tenants, but furniture typically doesn’t have the necessary sales velocity, said Michael Lagazo, an independent retail broker in San Diego. But he noted that fitness centers have consistent revenue streams, with fixed costs, leased equipment and independent contractors working there.

Lagazo said fitness centers and even grocery stores are proving to be a good fit for reinvented malls.

“It started off as a desperation play just to fill the space, but now it makes sense,” he said.

Of course, there’s no guarantee that a beach club alone will turn around a mall. Other factors to a turnaround can include traffic flow from improved roads or highways, more parking and residential space built within walking distance of the mall. And the new gym isn’t free to visitors: Life Time members pay a monthly fee that varies but typically averages about $200, officials said.

The Falls, owned by real estate investment trust Simon Property Group, opened in 1980 at 8888 SW 136th St. in an unincorporated area south of downtown Miami. The 839,967-square-foot development on 55 acres still will be anchored by Macy’s and Regal Cinemas after Bloomingdale’s moves out.

The center generally performs well but isn’t as popular as another Simon property nearby, the enclosed Dadeland Mall in Kendall, said Dave Preston, executive managing director for retail services with Colliers International in Miami.

The Falls typically isn’t a destination that many patrons visit multiple times a week, but “now it might be,” Preston said, because of the Life Time addition.

Life Time, founded in 1992 and based in Chanhasseen, Minnesota, has been expanding across Florida and the country in recent years. It has existing locations in Tampa and Boca Raton and plans to open in the Miami suburb of Coral Gables later this year. It also is coming to a center in Palm Beach Gardens, north of President Trump’s Mar-a-Lago resort, in 2021.

The privately held company has nearly 150 locations in the United States and Canada and is building about 12 resorts a year, Javaheri said in an interview.

“It’s getting us into markets that we otherwise wouldn’t be able to get to,” he explained.